Babar Azam Gets Another Feather in His Cap in T20I Cricket:

From ending the jinx of not winning against India in World Cups to winning 18 T20I Internationals this year, Babar Azam has had the most phenomenal year as captain one can imagine. He has defeated world-class teams across the World and has created the record of winning 18 T20I matches in a single year. This is the World Record for Most T20I matches won a single year by any team and by any captain. Earlier the record was held by Sarfaraz Ahmed. Pakistan overtook their own record of most T20 Wins in a calendar year when they defeated West Indies in the first T20I match of the 3 match series at National Stadium Karachi.

Babar Azam has 24 T20I wins as captain now, he is already the second most successful Pakistani T20I Captain. First in the list is Sarfaraz Ahmed with 29 wins. The current rhythm that Pakistan team has, Babar Azam can easily overtake Sarfaraz Ahmed and become the most successful captain of Pakistan in T20I Cricket. The Pakistani Skipper also holds the record for scoring most T20I runs for Pakistan.

Babar Azam has scored 853 runs this year in T20I Cricket. These are the highest number of runs scored by a captain in T20I Cricket in 2021. From gaining back his No.1 spot in T20I Cricket to breaking the record of most T20I Wins in a calendar year, Babar has done it all this year and he will be heading into 2022 as the undisputed King of T20I Cricket. 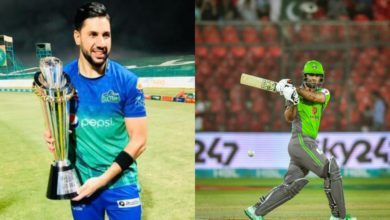