The First Test between Sri Lanka and Pakistan ended with Pakistan registering a record breaking run chase. The run chase of 342 runs was the highest in Test Cricket at Galle. Stars from Pakistan were Abdullah Shafique and Babar Azam. Abdullah delivered his career best performance scoring 152 while Babar Azam smashed a hundred in the first innings and a half century in the 2nd to stabilise his team’s position in the game.

The First Test started with a shaky start from Sri Lanka. However Dinesh Chandimal scored plenty of runs batting with the tail to get Sri Lanka to 222. The stars with the ball were Shaheen Shah Afridi with 4 wickets while Yasir Shah and Hasan Ali took 2 wickets each. Pakistan’s first innings was no different from Sri Lanka’s first innings. They also lost quick wickets, however skipper Babar Azam stood firm at the other end. Babar was supported by the tail. Yasir Shah and Hasan Ali scored handy runs while for the last wicket, Naseem Shah supported his skipper brilliantly. Naseem survived 52 balls with Babar Azam. Babar completed his 7th Test Hundred, and the partnership between him and Naseem was of 70 runs. This was the highest tenth wicket partnership at Galle in Test Cricket.

Pakistan fell short by 4 runs of Sri Lanka’s first innings total. With half centuries from Oshada Fernando and Kusal Mendis, and a brilliant 94* by Dinesh Chandimal Sri Lanka responded strongly in the 2nd innings and settled a total of 342 runs for Pakistan to win. Mohammad Nawaz took 5 wickets for Pakistan in the 2nd innings while Yasir Shah took 3 wickets. Pakistan started the chase with a brilliant opening stand of 87. Imam-ul-Haq was then stumped in a controversial way and soon after Imam, Veteran Azhar Ali once again failed with the bat. Then Babar Azam and Abdullah Shafique steadied the ship. They both piled up 101 runs together. Abdullah completed his hundred while Babar smashed a fifty. After Babar’s dismissal, Rizwan supported Shafique. Rizwan was then dismissed by Prabath Jayasuriya and soon after Rizwan, Agha became the victim of Jayasuriya too. Hasan Ali came in next as Pakistan thought it might be a good idea to chase it quickly, but the experiment failed as Hasan was caught out too after just scoring 5 runs.

Mohammad Nawaz and Abdullah Shafique was the last pair from Pakistan to bat and guide Pakistan to a massive victory. Abdullah Shafique scored his first ever 150+ score in Test Cricket and made it extremely special for the fans to remember. Pakistan replaced Sri Lanka at No.3 in the World Test Championship Points Table. The 2nd Test will be played at the same venue beginning from 24th July 2022. 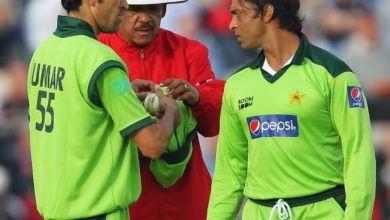